Our mission is to develop cannabinoid-based medicines that improve patients’ lives.

Scientific literature indicates that cannabinoids represent a promising pharmaceutical class which has been insufficiently explored so far. Our mission is to further investigate the therapeutic potential of cannabinoids with the aim to develop medicines for various diseases and/or disorders for which the currently available therapeutic options are often suboptimal.

Cannovex envisages to set up clinical studies to provide Proofs of Concept, to be followed by end-stage clinical trials in partnership with pharmaceutical companies, to evidence the safety and efficacy of the selected cannabinoid drug candidates and subsequently apply for market authorisation with European Medicines Agency (EMA) and the Food and Drug Administration (FDA), thus paving the path to the market.

Triggered by the largely unexplored medical potential of cannabinoids, two Belgian entrepreneurs in the healthcare sector created a venture to research and develop cannabinoid-based medicines that can improve the lives of patients worldwide.

Since its inception in 2016, Cannovex has merited the position as the designated conversation partner, sounding board and source of information on cannabinoid-based medicines for all stakeholders.

Early 2016, Joris Vanvinckenroye and Steven Peters were triggered by the increasing flow in the news media of articles on the medical potential of cannabis and cannabinoids. Following a quick scan of medical literature on the subject, they decided to create a venture to develop cannabinoid-based medicines. In June 2016, they founded Rendocan.

Based in the Belgian province of Limburg, the company signed a letter of intent with the University of Hasselt to conduct scientific research on the use of cannabis for medical purposes. Initially, the company focused exclusively on the regulated/licensed cultivation of cannabis and exploring cannabinoid components.

In 2019, the company was renamed Cannovex and initiated an in-depth identification and analysis of scientific articles published in international journals on this subject. This study was completed by the end of 2019. The findings of this exhaustive research led to the insight that Cannovex should widen its scope and primarily focus to the development of market-authorised pharmaceutical products based on cannabinoids. This approach enables Cannovex to contribute significantly to medical science and to improve the lives of patients who do not – or insufficiently – benefit from currently known therapies for their diseases or disorders.

Since its inception, Cannovex has raised a total amount of over 5 million euros in equity investments and non-dilutive funding, from renowned investors.

Cannovex is a Benelux-origin biotech company which develops cannabinoid-based medicines to improve the lives of patients worldwide. Over a two year period, Cannovex has conducted an in-depth and exhaustive study of medical literature on this subject, and continues to monitor all scientific publications. These efforts establish Cannovex as the designated conversation partner, sounding board and source of information on cannabinoid medicines for all stakeholders.

Based on the insights resulting from the above-mentioned research, Cannovex is now planning the development of cannabinoid-based medicines in specific therapeutic areas and for well-defined indications. Cannovex aims to set up clinical studies, in collaboration with EU university hospitals, to provide proofs of concept (PoC). Based on these PoCs, Cannovex will explore partnerships with pharmaceutical companies to conduct end-stage clinical trials, to apply for market authorisation with European Medicines Agency (EMA) and similar authorities, and to bring our cannabinoid medicinal products to the markets worldwide.

At this stage, Cannovex has identified its first development project and has filed patents to ensure protection of the intellectual property involved. Initiation of a first Phase 1b clinical trial in association with several universitary hospitals will be initiated in the 4th quarter of 2020 after regulatory approval. The first patient recruitment is expected in Q2 2021.

For the development of cannabinoid-based medicines, purity and exact dosing of the active pharmaceutical ingredients (APIs) is a critical success factor. Cannovex dedicates much effort to the procurement of high-purity cannabinoids that can be precisely dosed in the required formulations. These cannabinoid APIs may either be sourced from renowned international API producers and/or produced in-house. Cannovex is committed to ensure cannabinoid molecules of the highest purity, thus enabling precise dosing for each formulation.

Considering the encouraging findings of observational studies as well as the unmet medical need in specific areas, Cannovex understands the position of regulators to authorise compounded cannabinoid-products on medical prescription, while awaiting the market authorisation of cannabinoid pharmaceutical products.

Expertise in Strategy, Finance, Science and Entrepreneurship as well as the passion to improve patients’ lives by developing cannabinoid-based medicines, characterize the members of our Board of Directors and our Management Team. 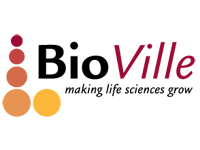 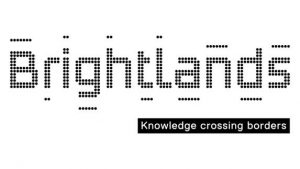